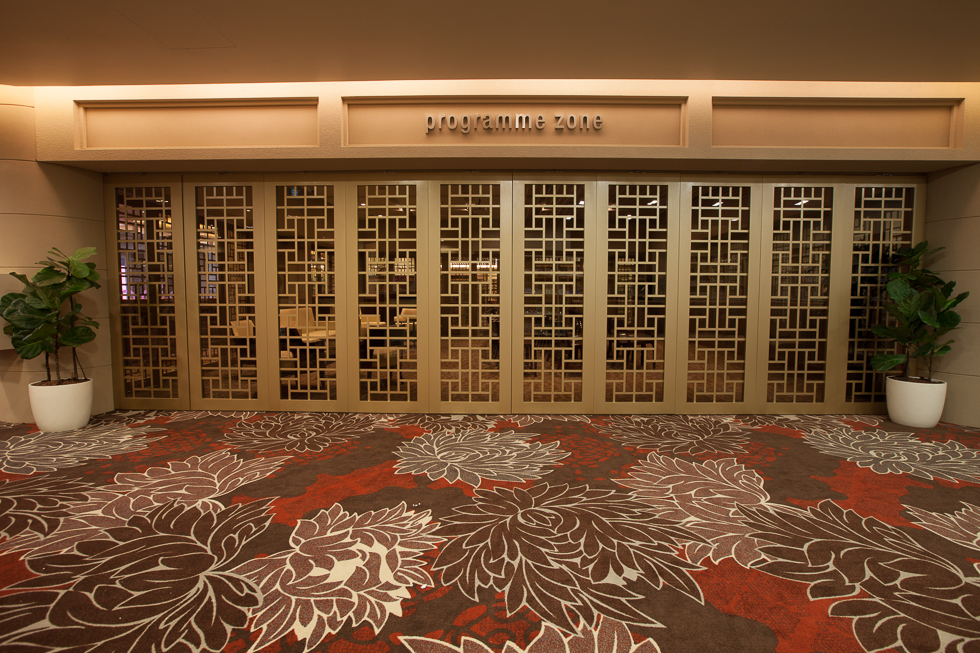 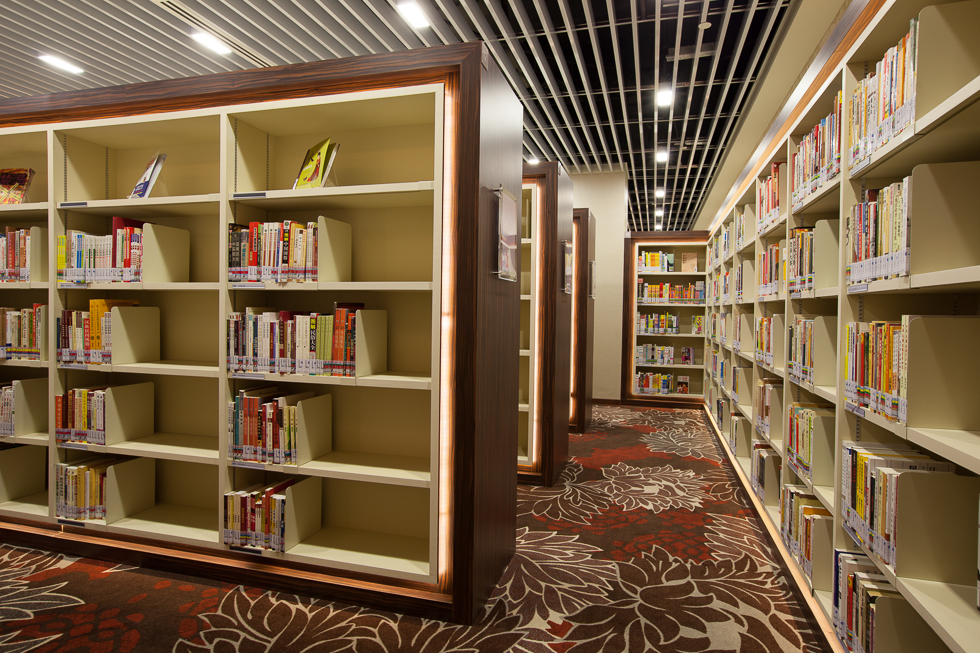 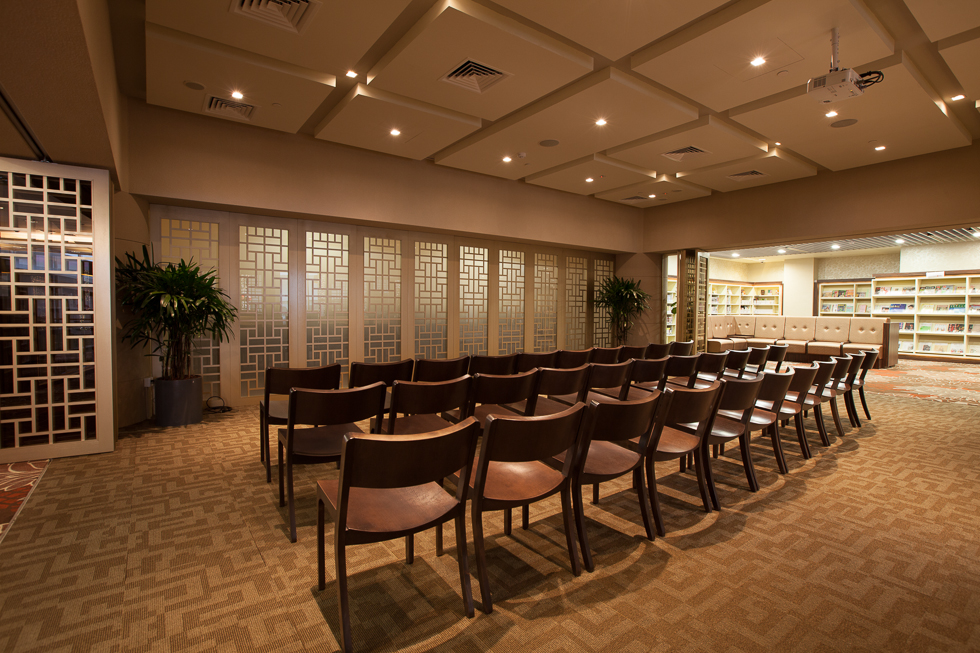 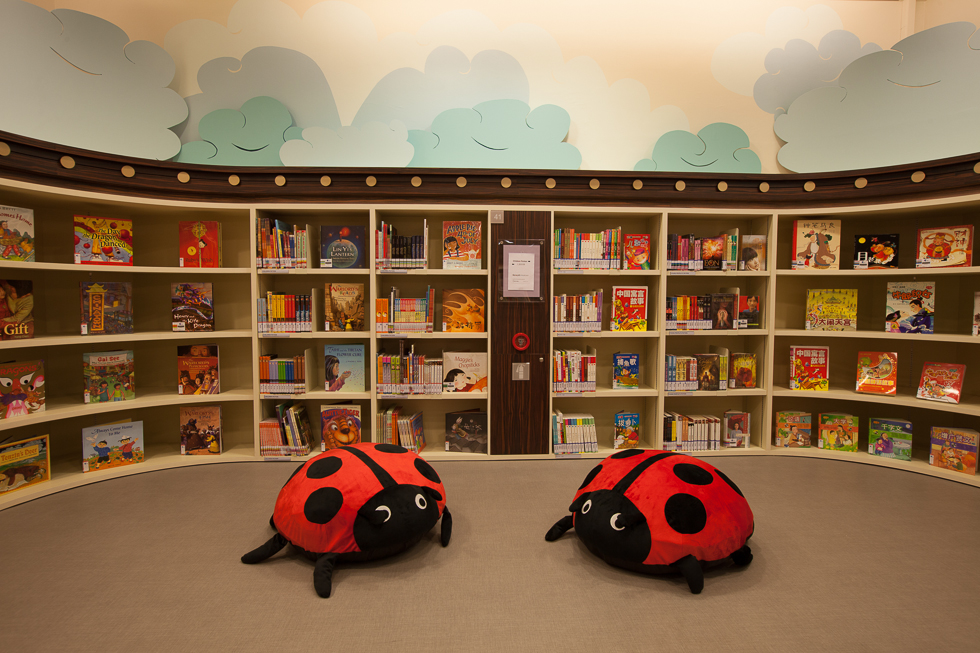 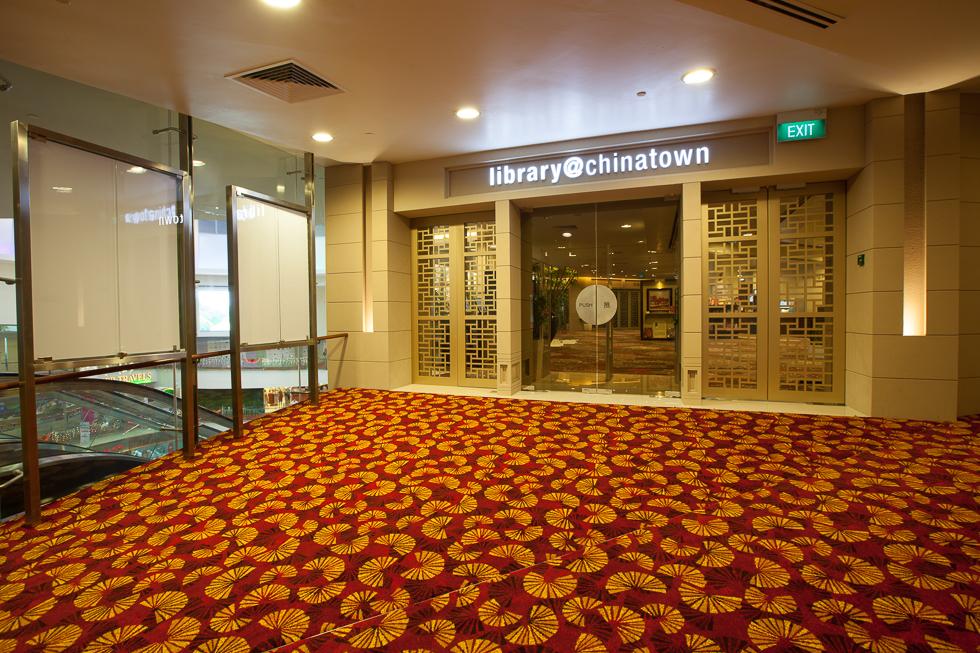 library@chinatown was officially opened on 31 Jan 2013. With a total floor area of 10,800Sqft, it is NLB’s first themed library on Chinese arts and culture. It is also the first library in Singapore to experiment with a visitor self-service model run by volunteers. It carries a thematic collection of titles on calligraphy, literature, music,painting, traditional customs and more. There is also a small selection of books and audio-visual materials in commonly spoken Chinese dialects such as Hokkien, Teochew and Cantonese. Visitors can read local and foreign online newspapers on large screens via standing iPad control stands.

Our design proposal for the Chinatown Point NLB Chinese Arts & culture library has been directly inspired by the rich architectural legacy and design traditions of China. As the focus of the library is distinctly curated to feature Chinese language and cultural selections, we felt it was important to honor the heritage of this collection by housing it in a distinctly Chinese setting. At the same time, we did not want to trivialize this design legacy by overtly applying tacky copies of “Chinese” design elements, or turn the library into a themepark of Chinese history. Instead, we have been inspired by traditional design concepts, worked to modernize and simplify them, and combined them with the technical and spatial requirements given in the library brief. Our proposal represents a contemporary interpretation of a classic Chinese setting adapted to the programme requirements of a library.