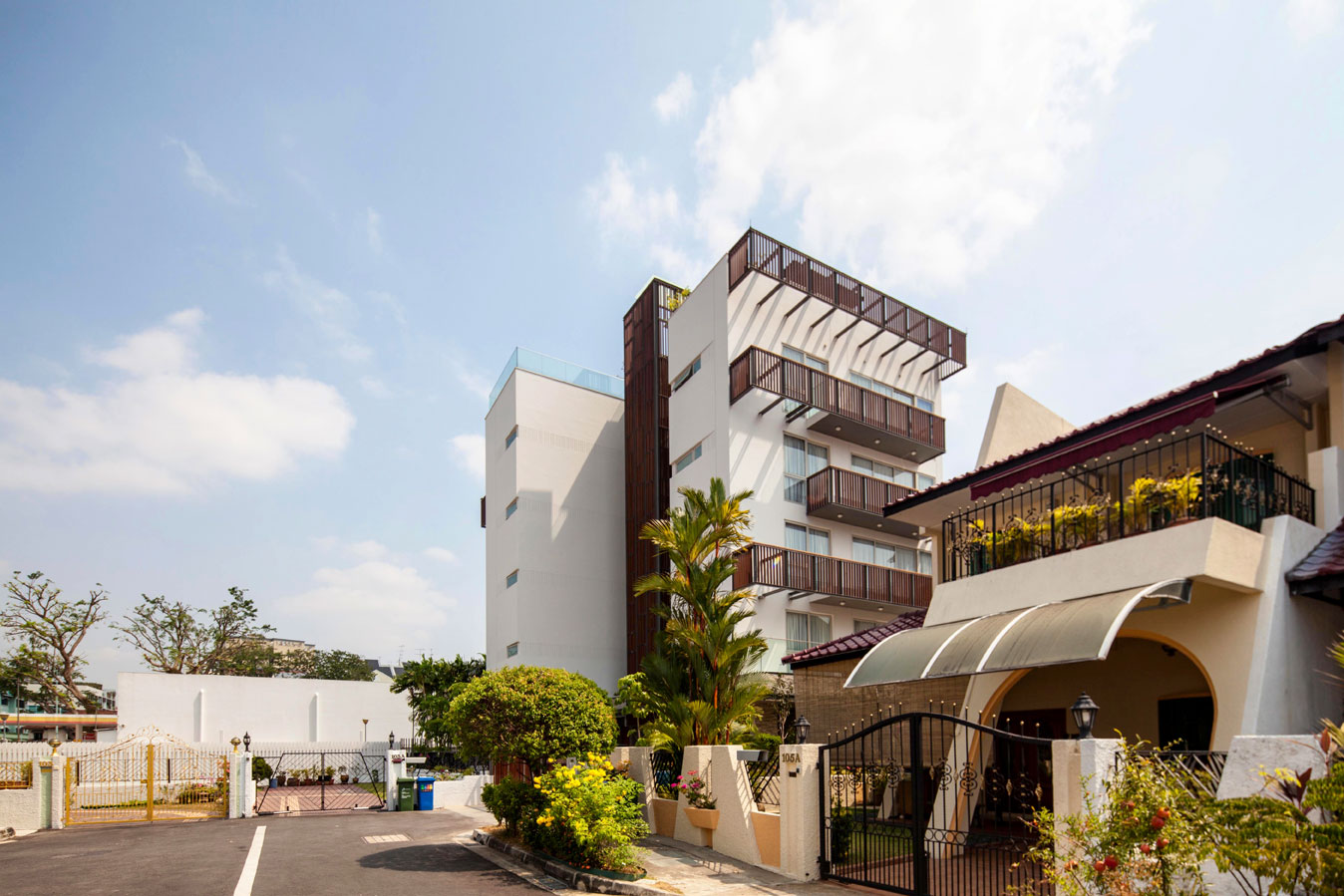 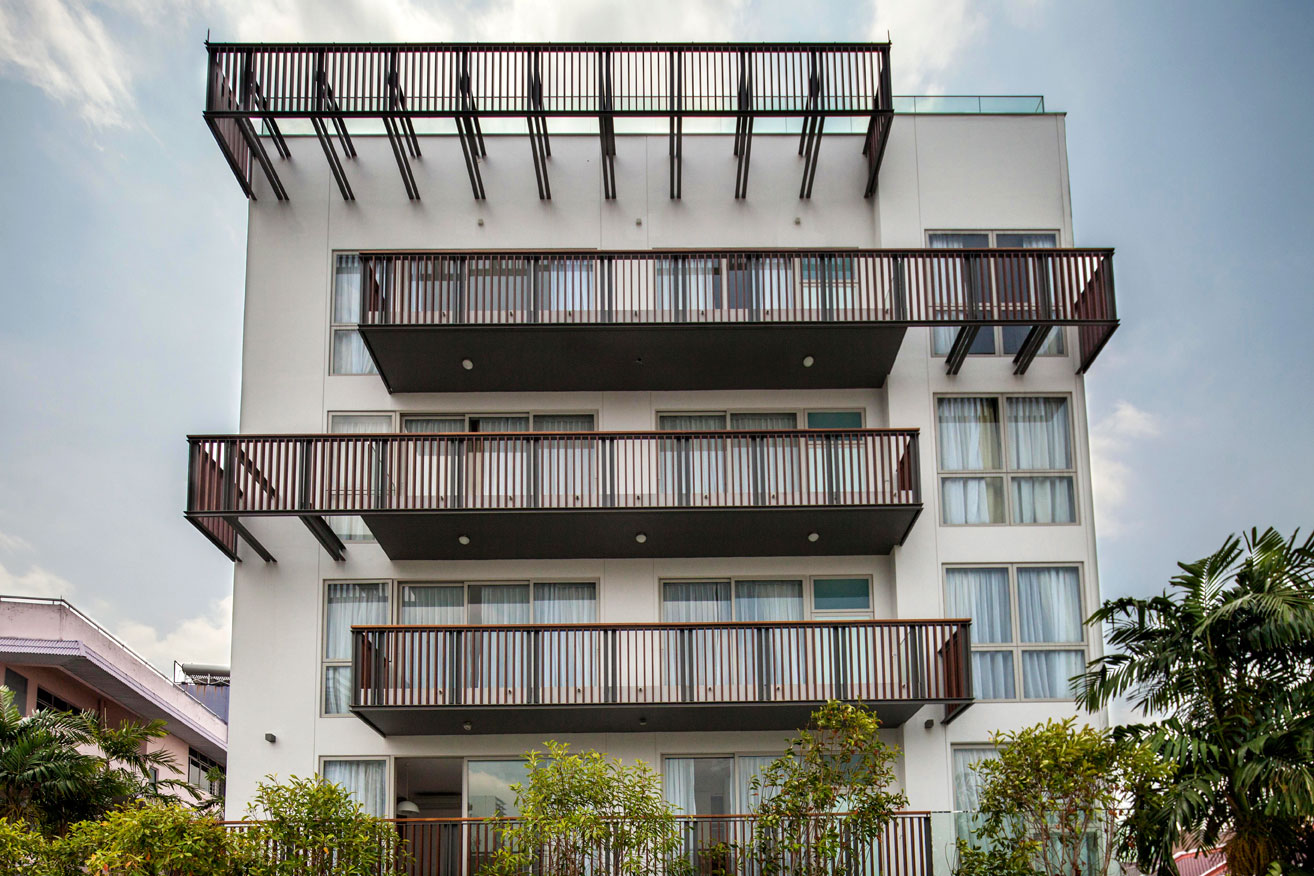 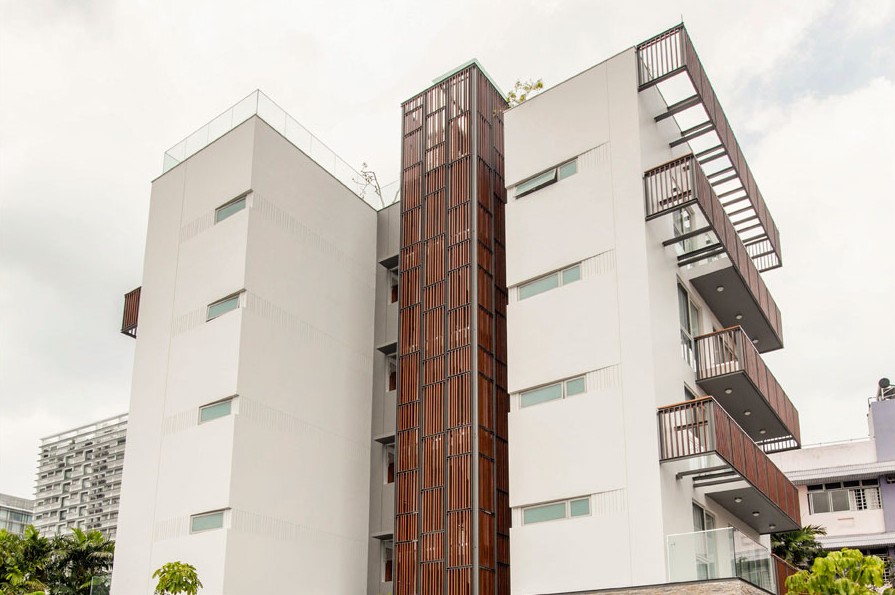 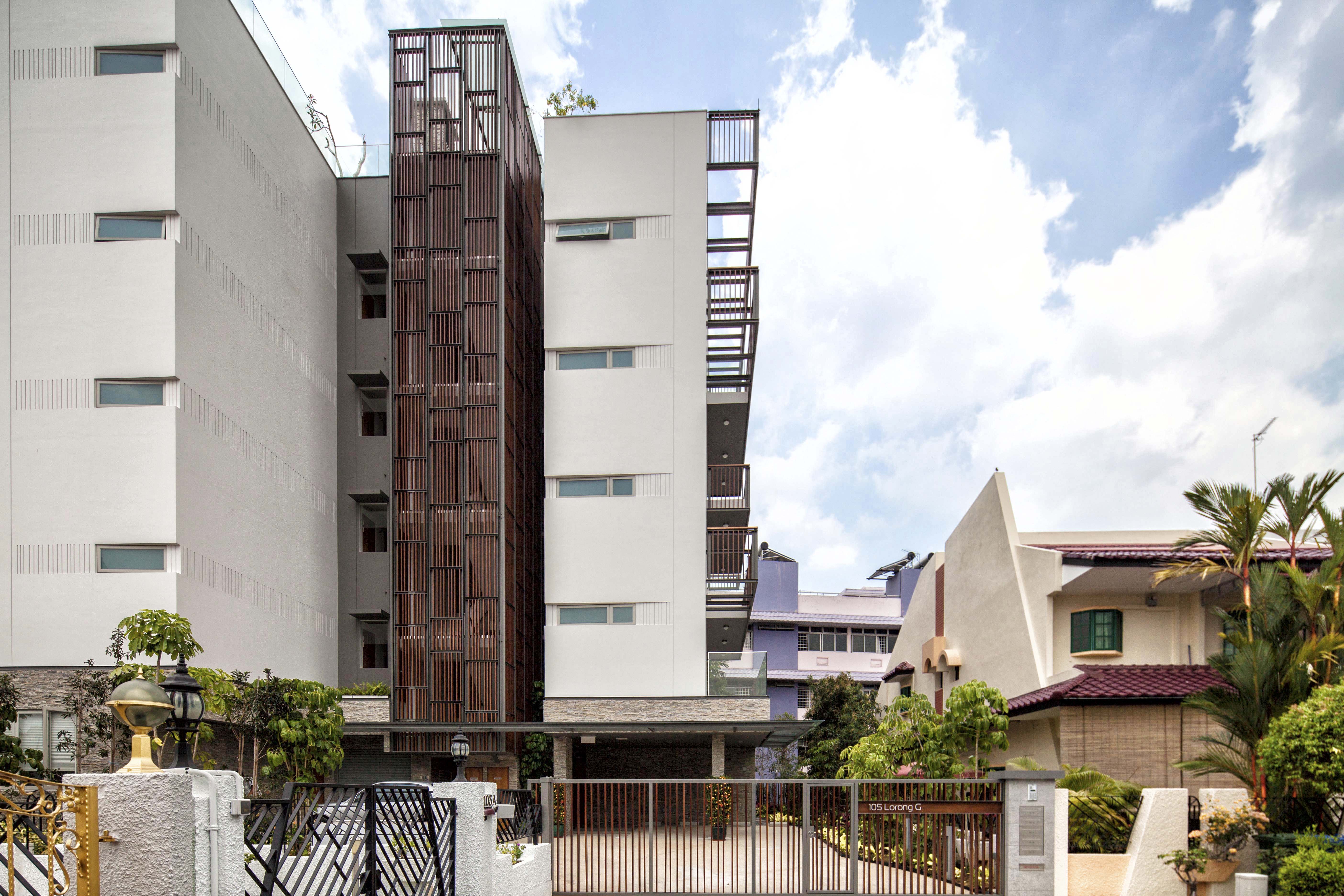 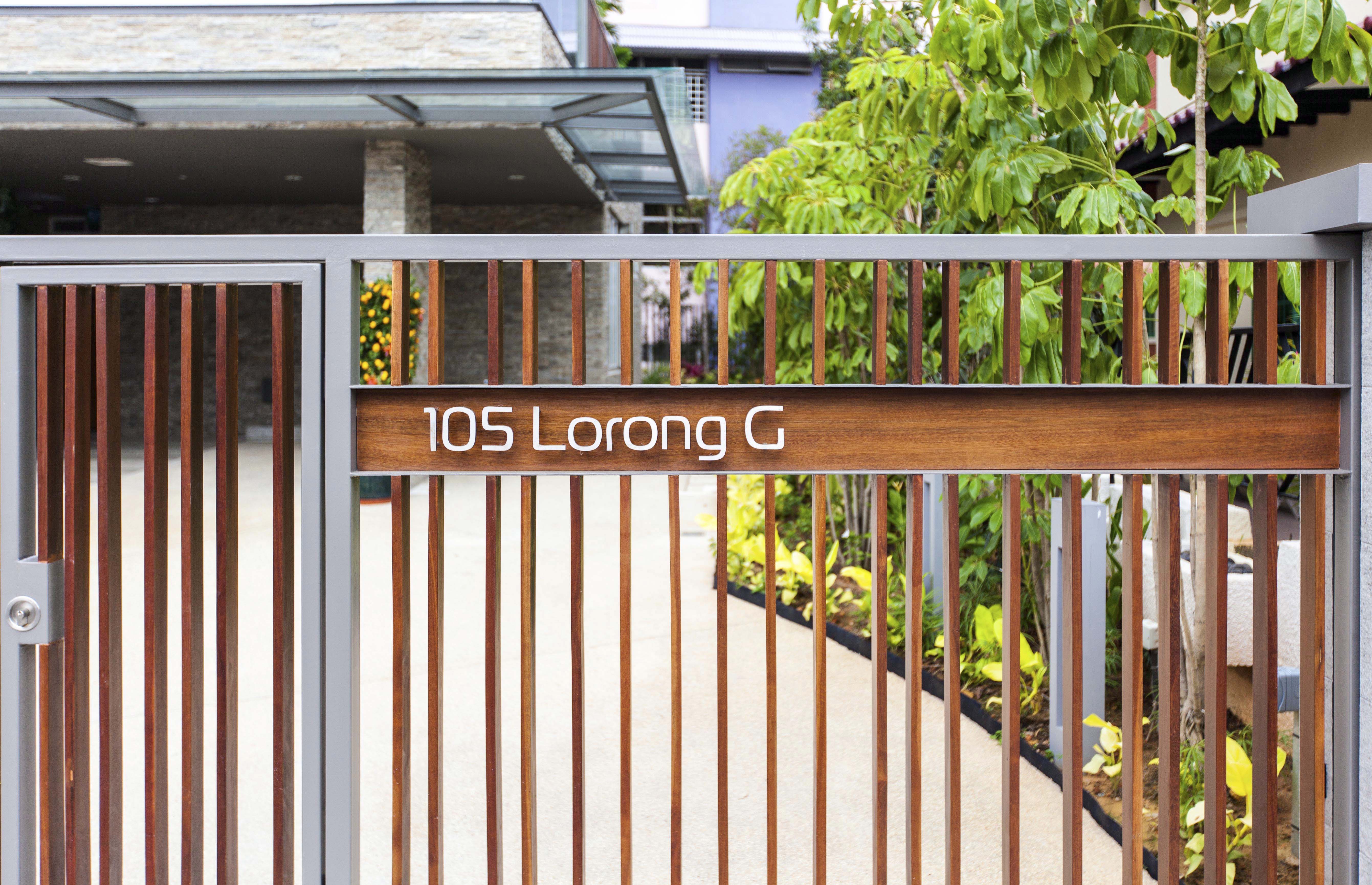 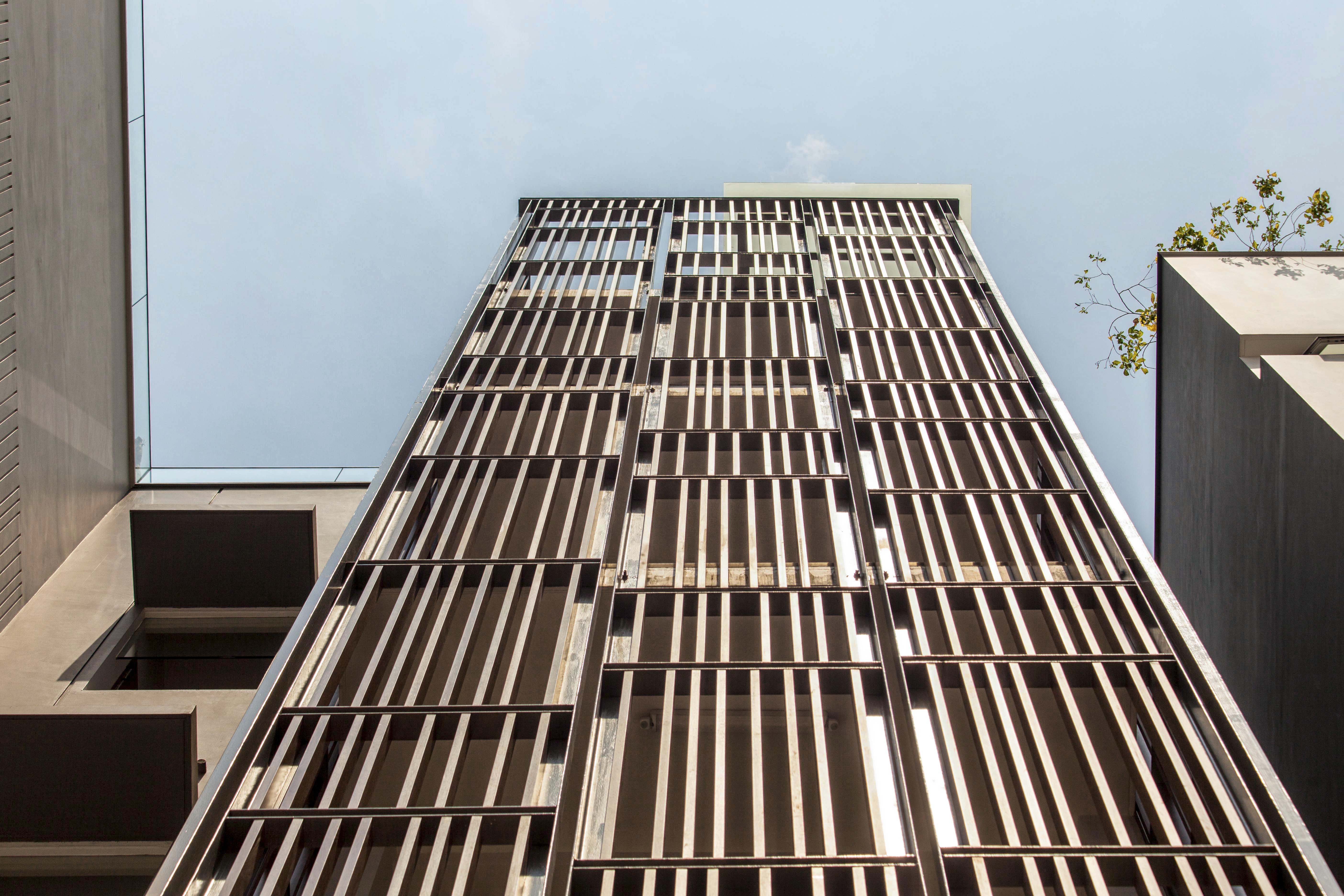 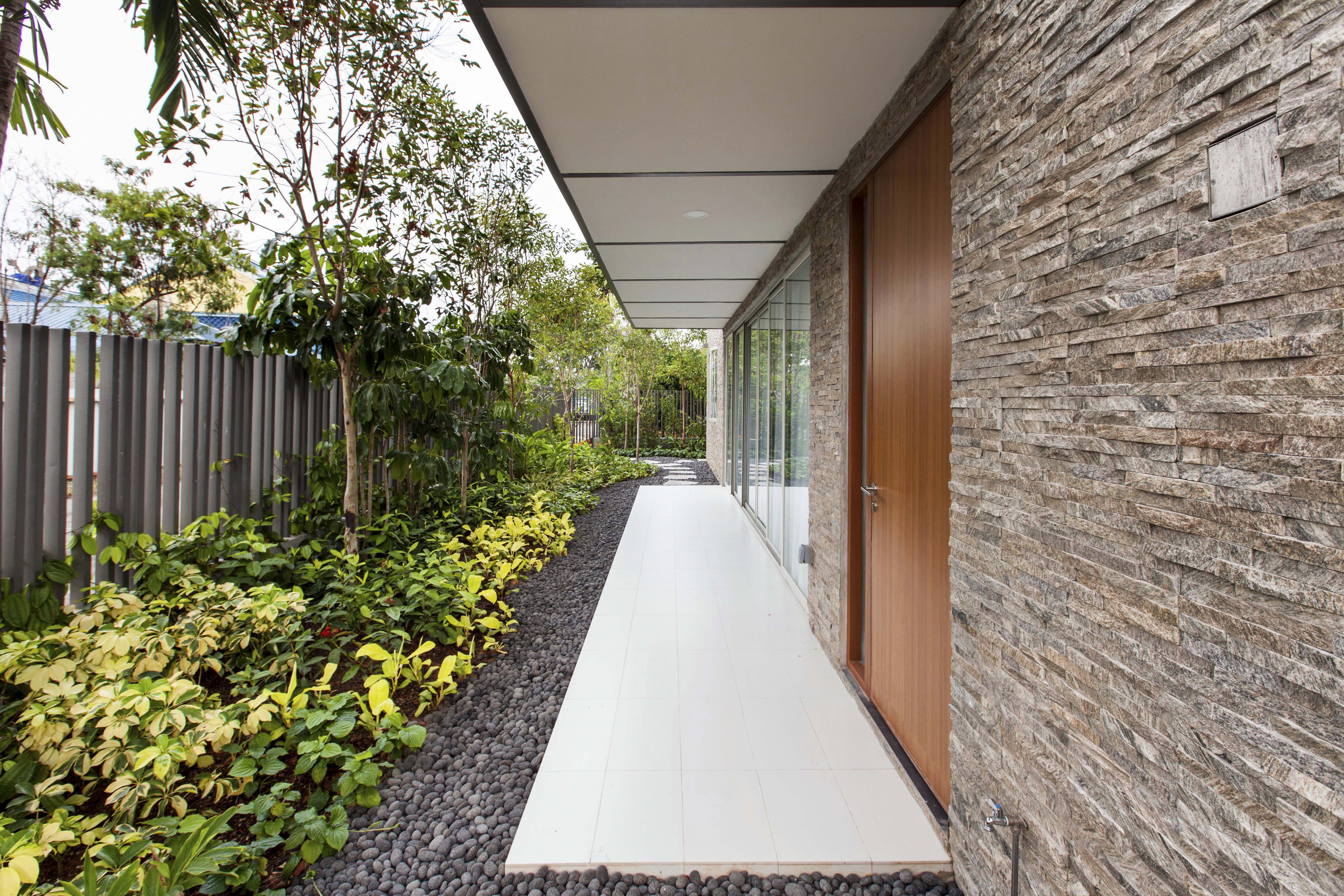 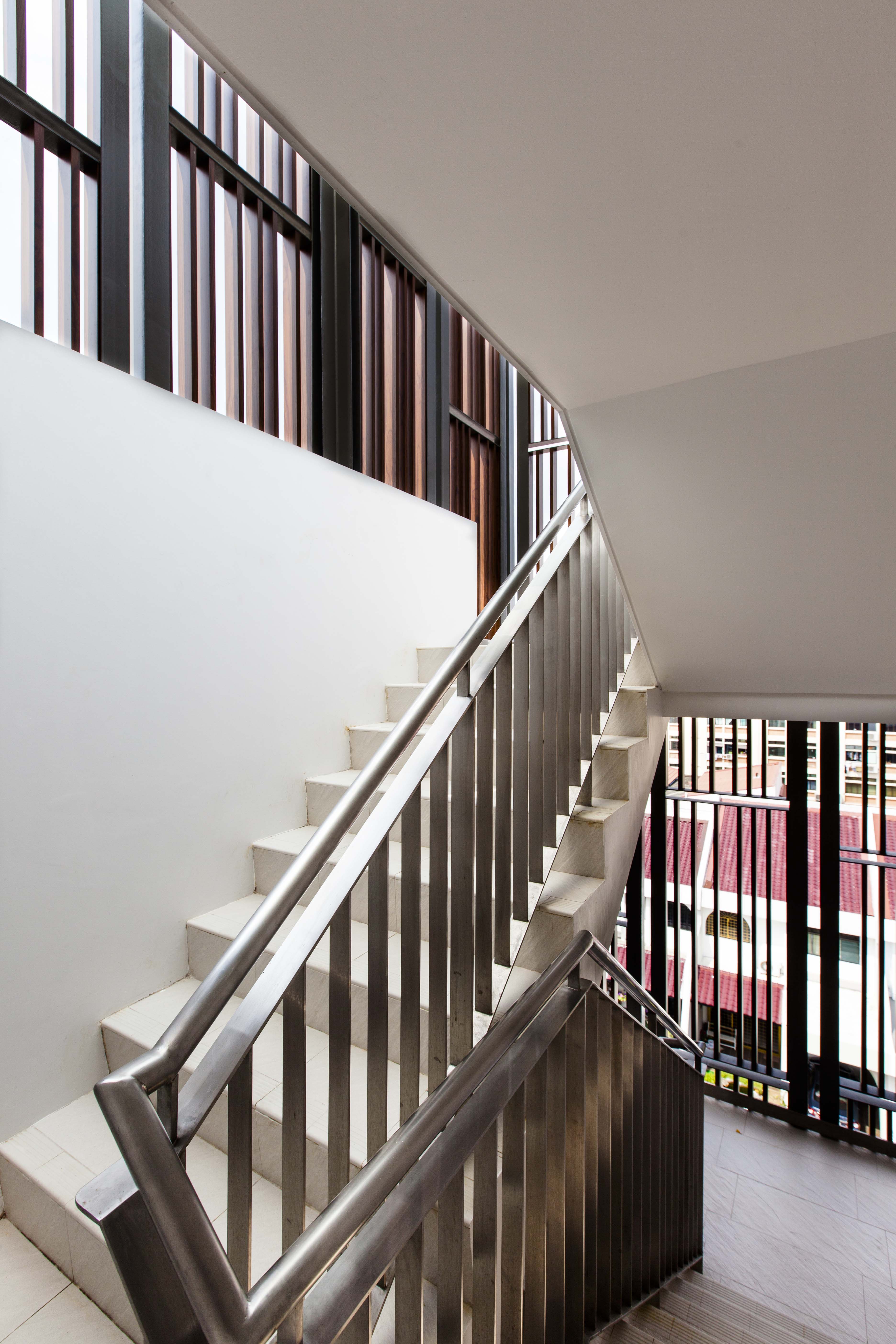 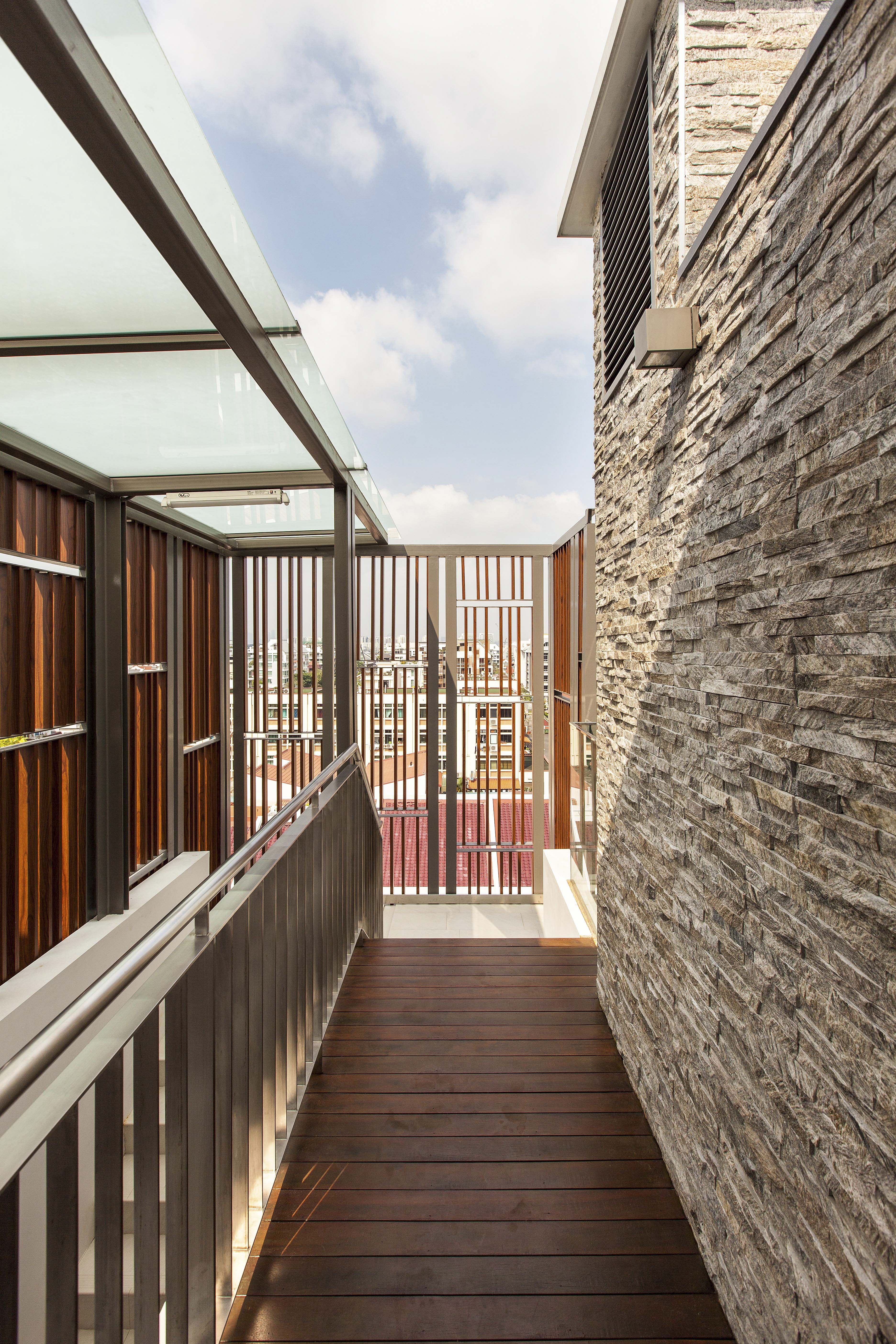 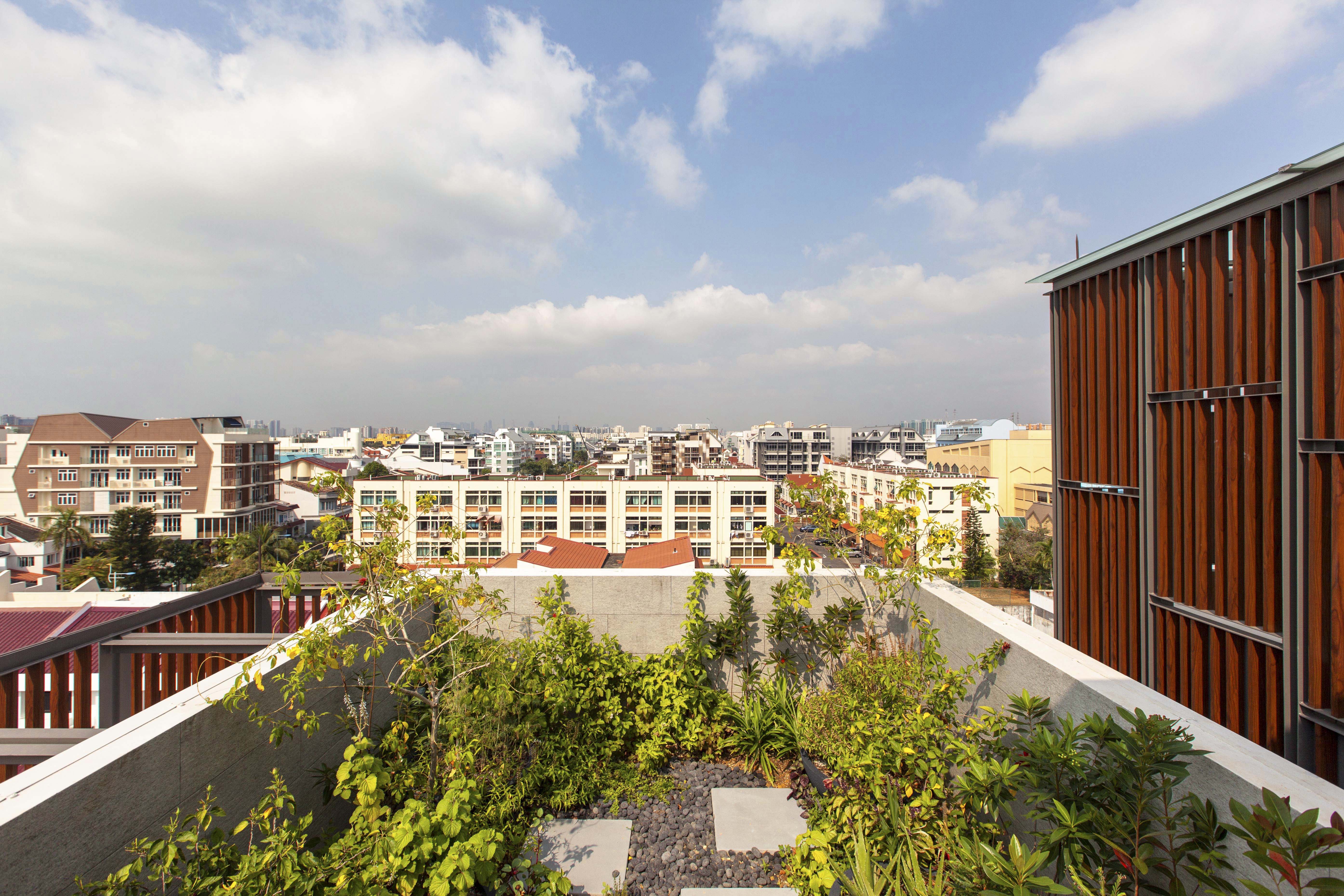 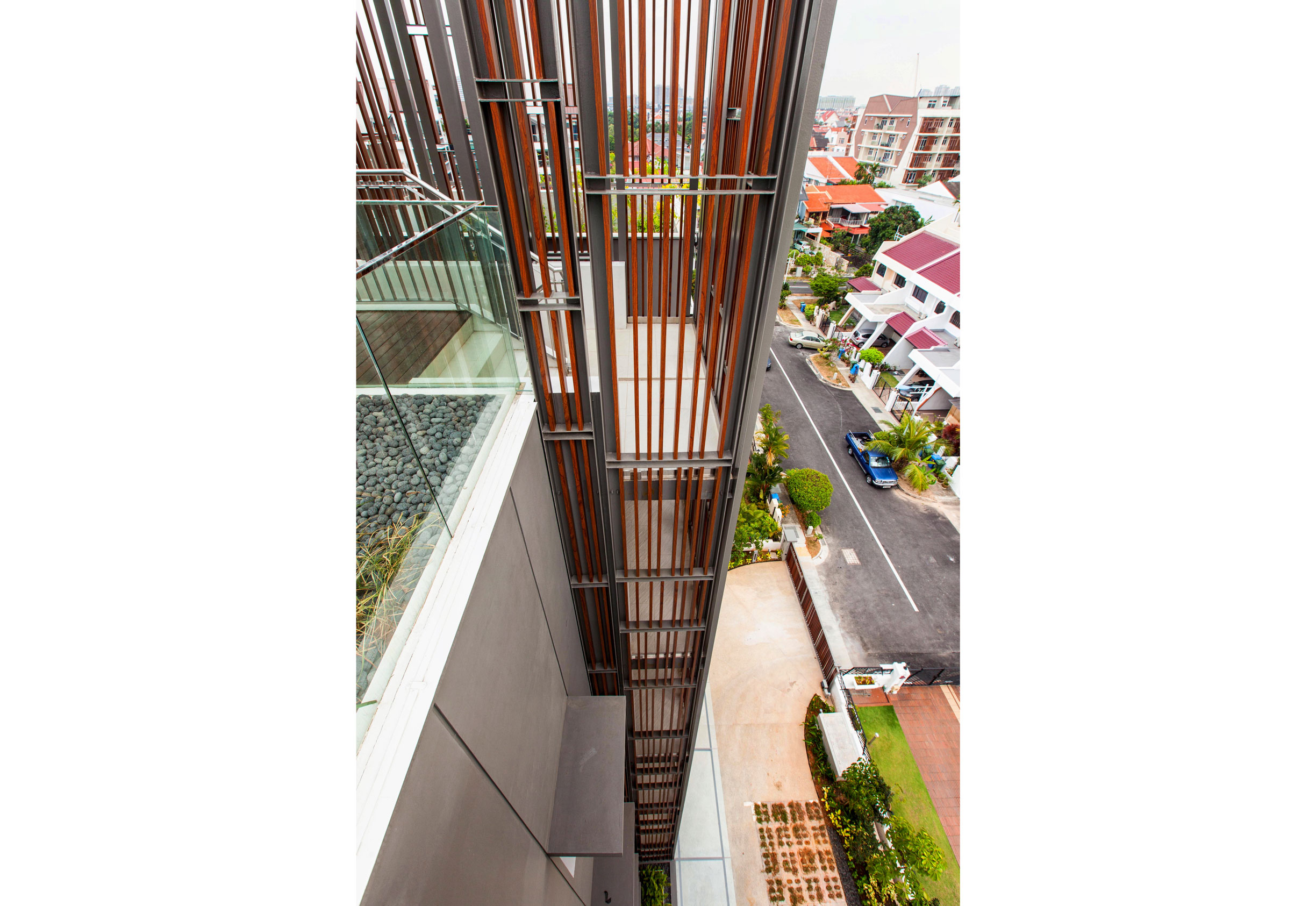 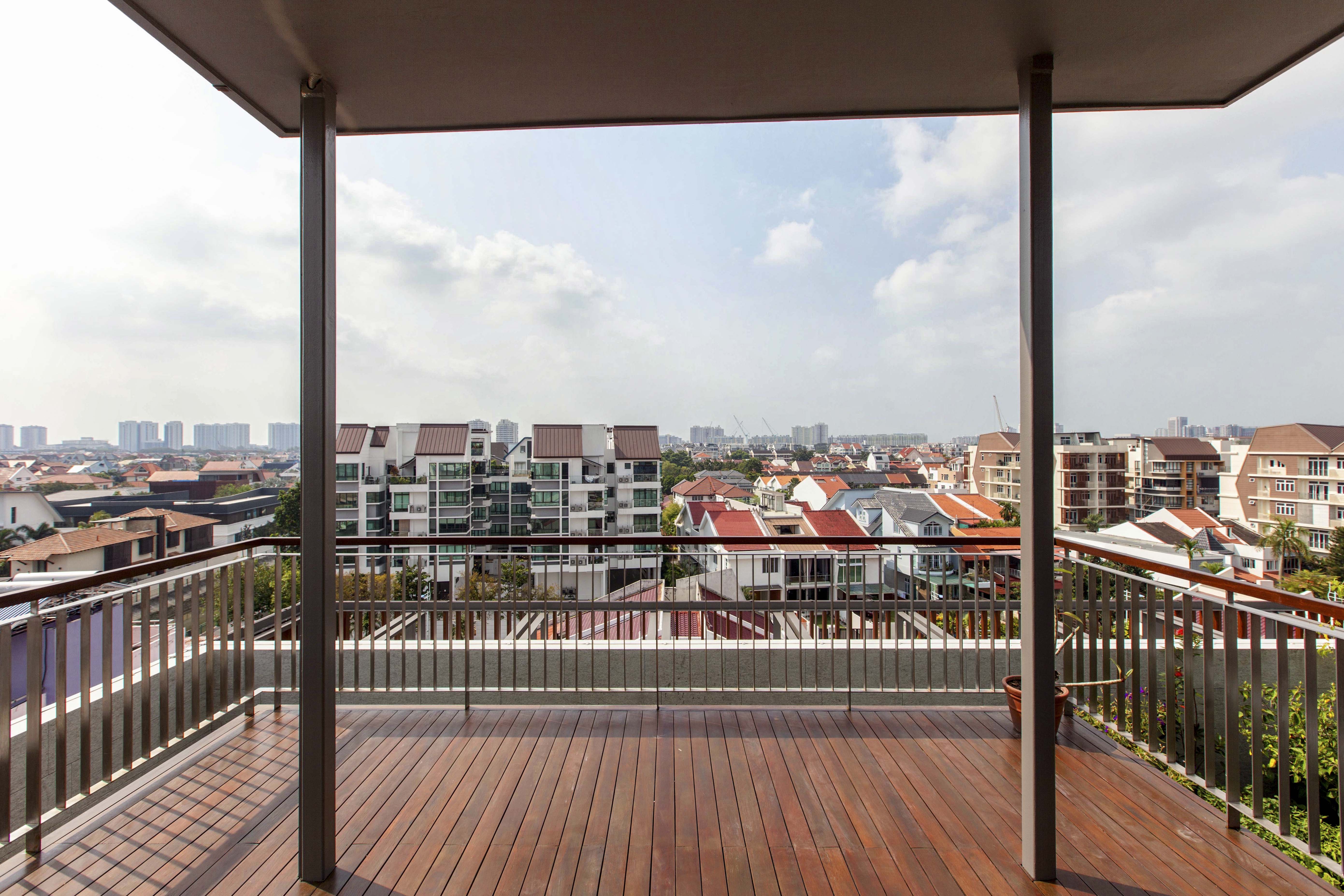 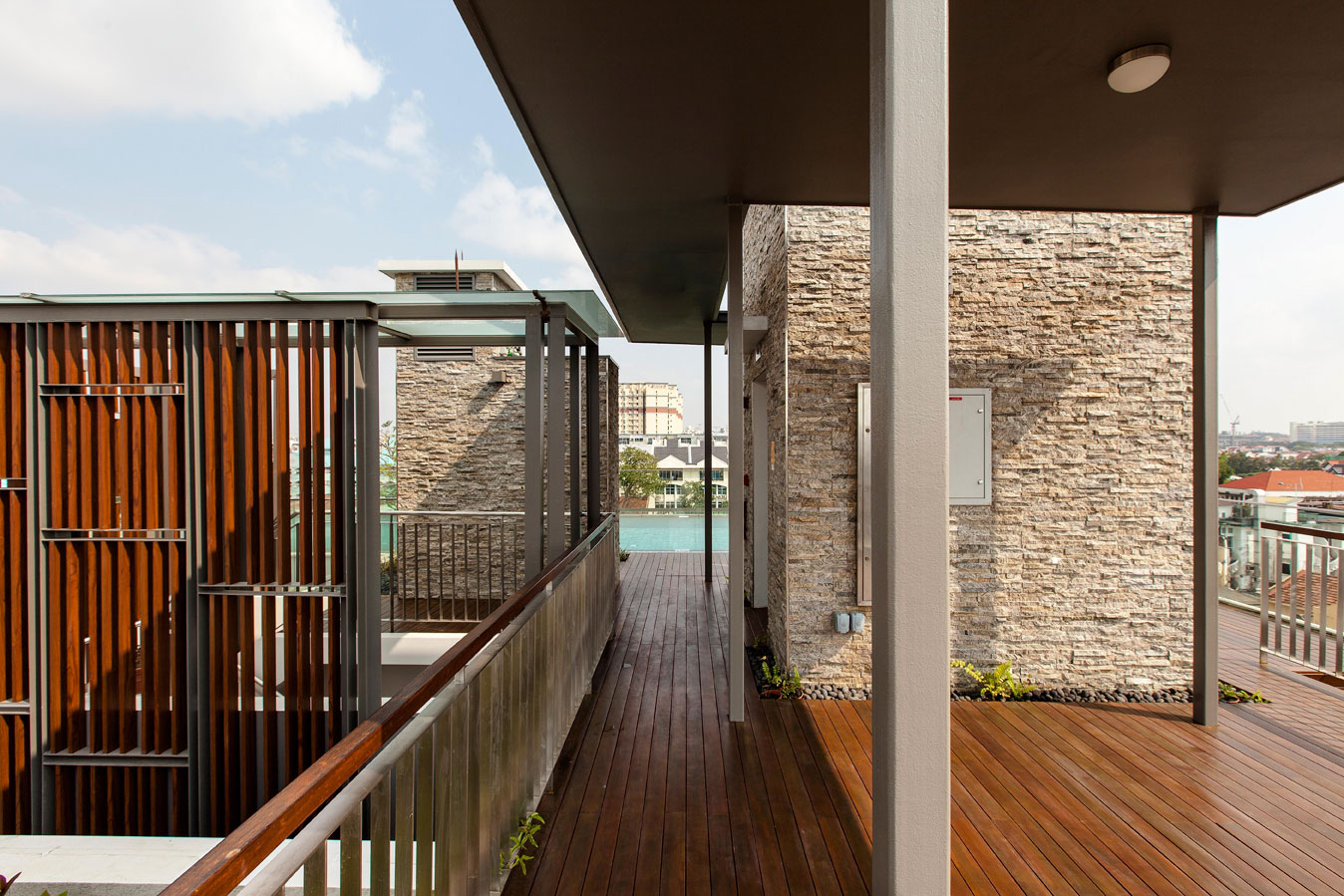 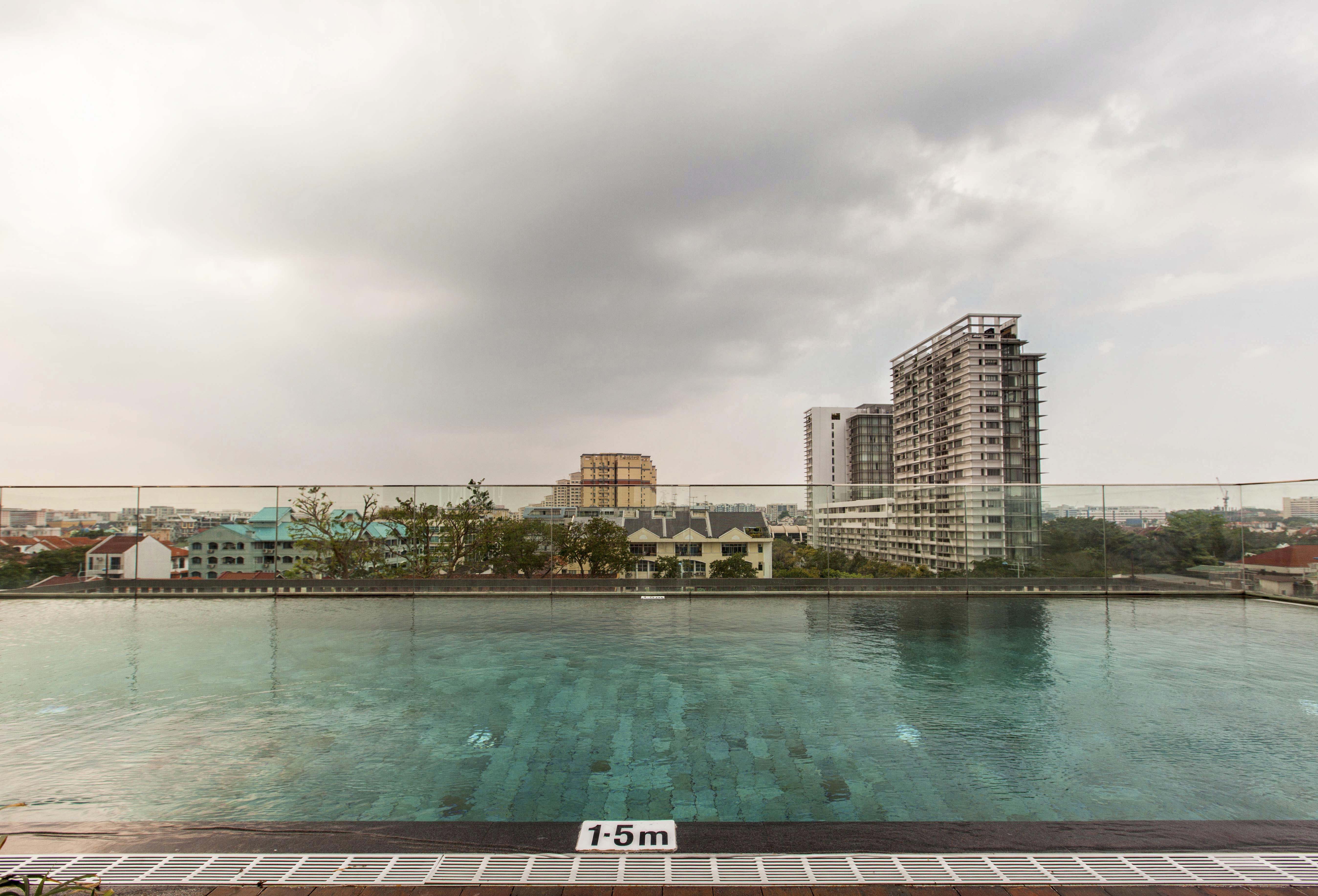 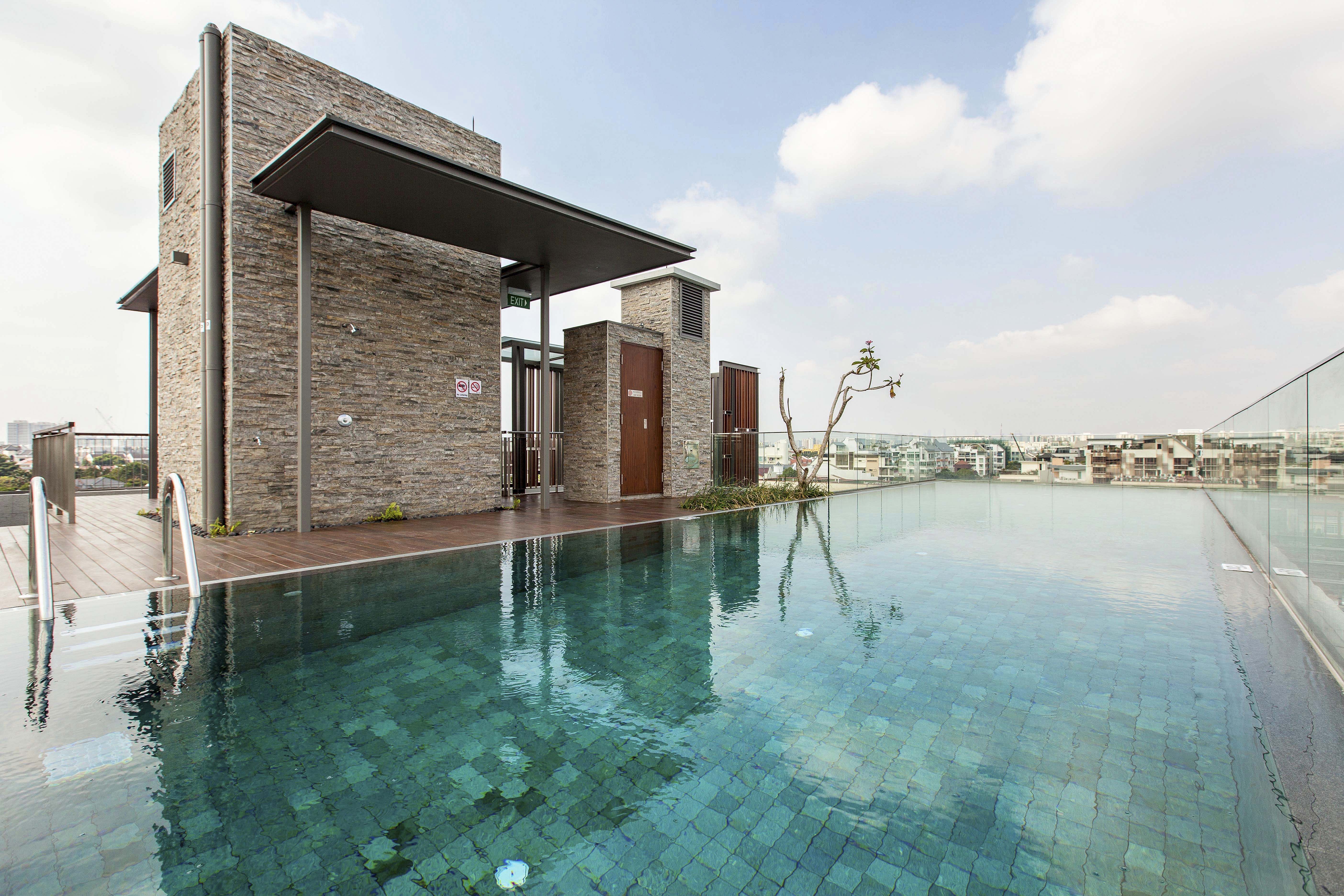 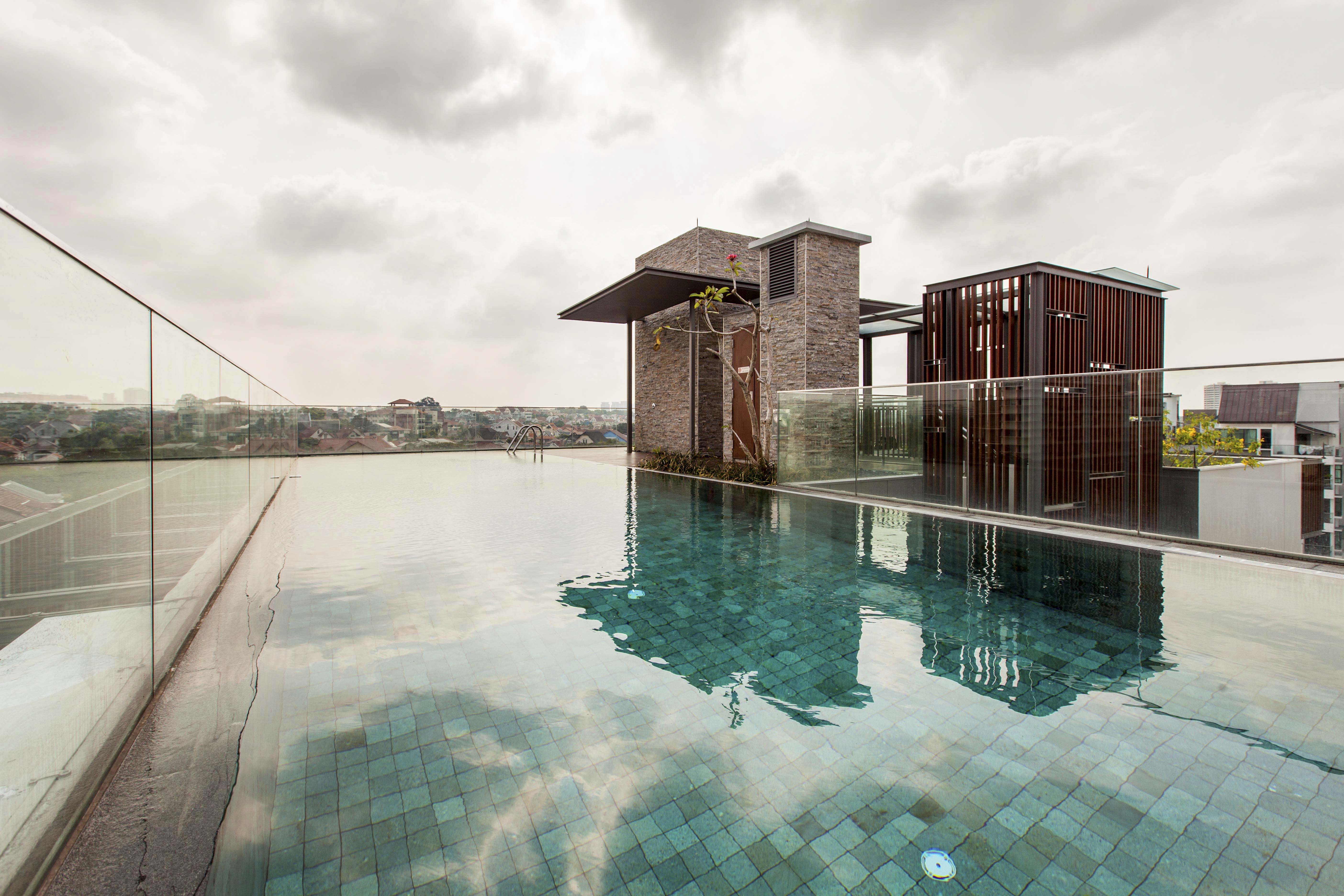 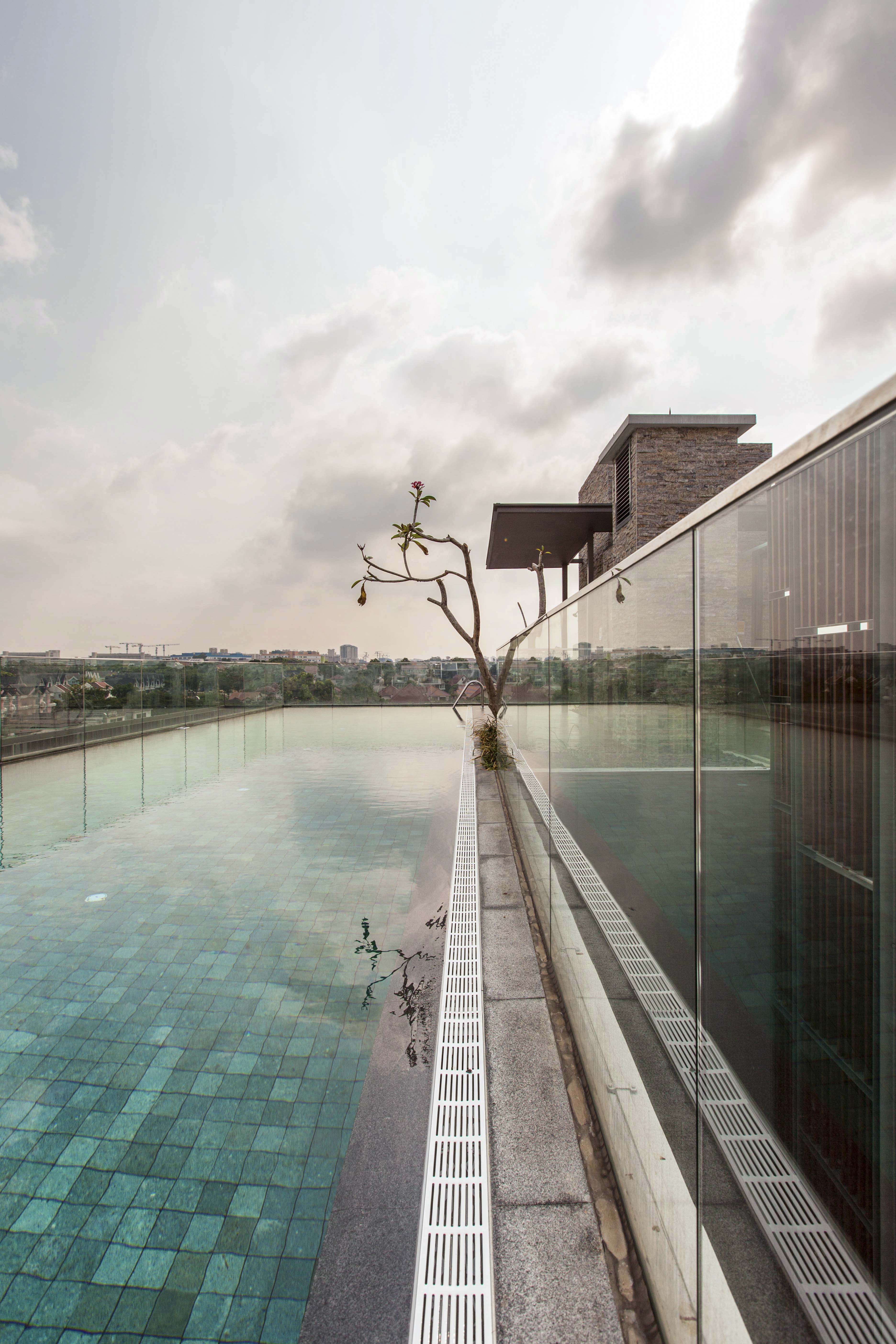 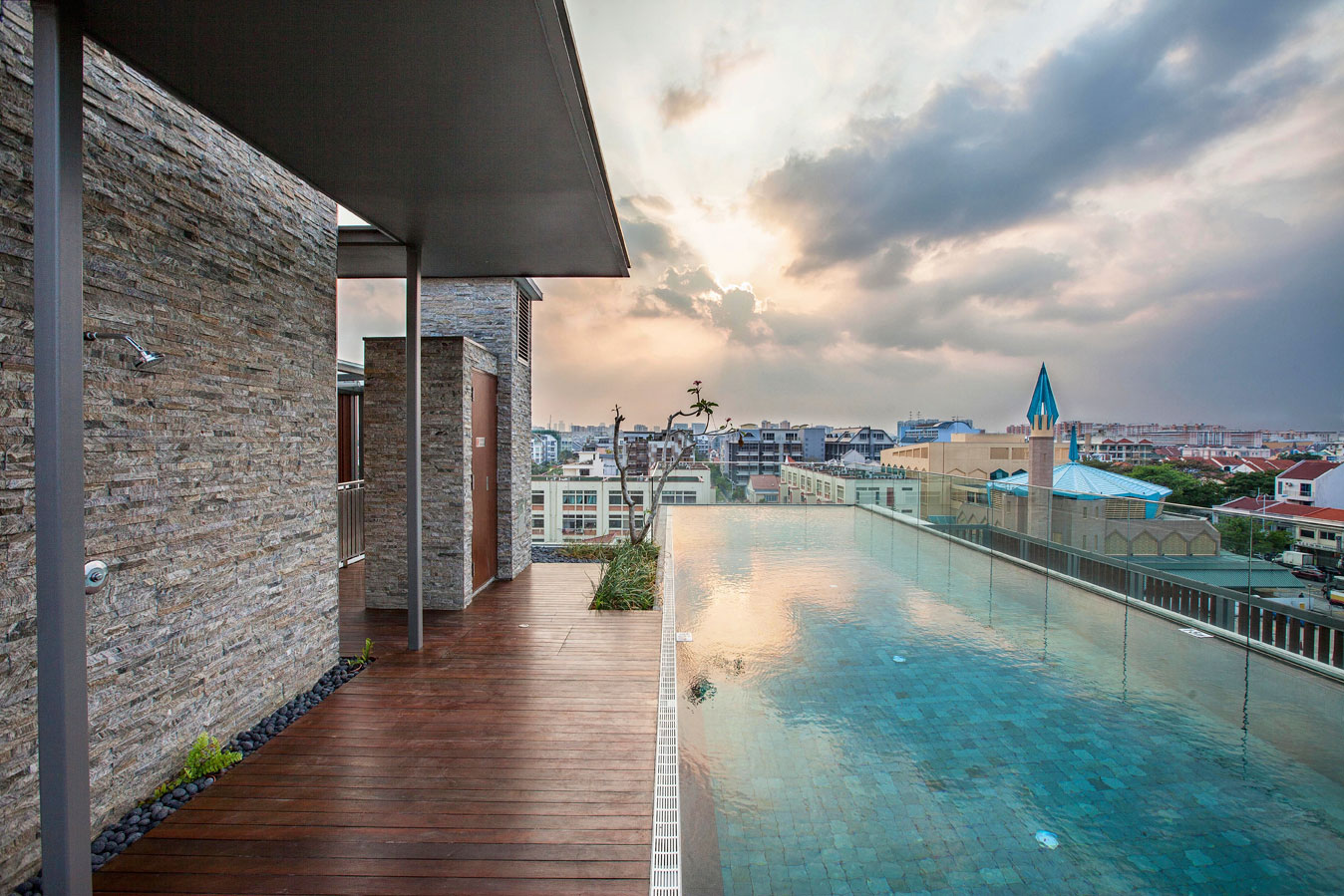 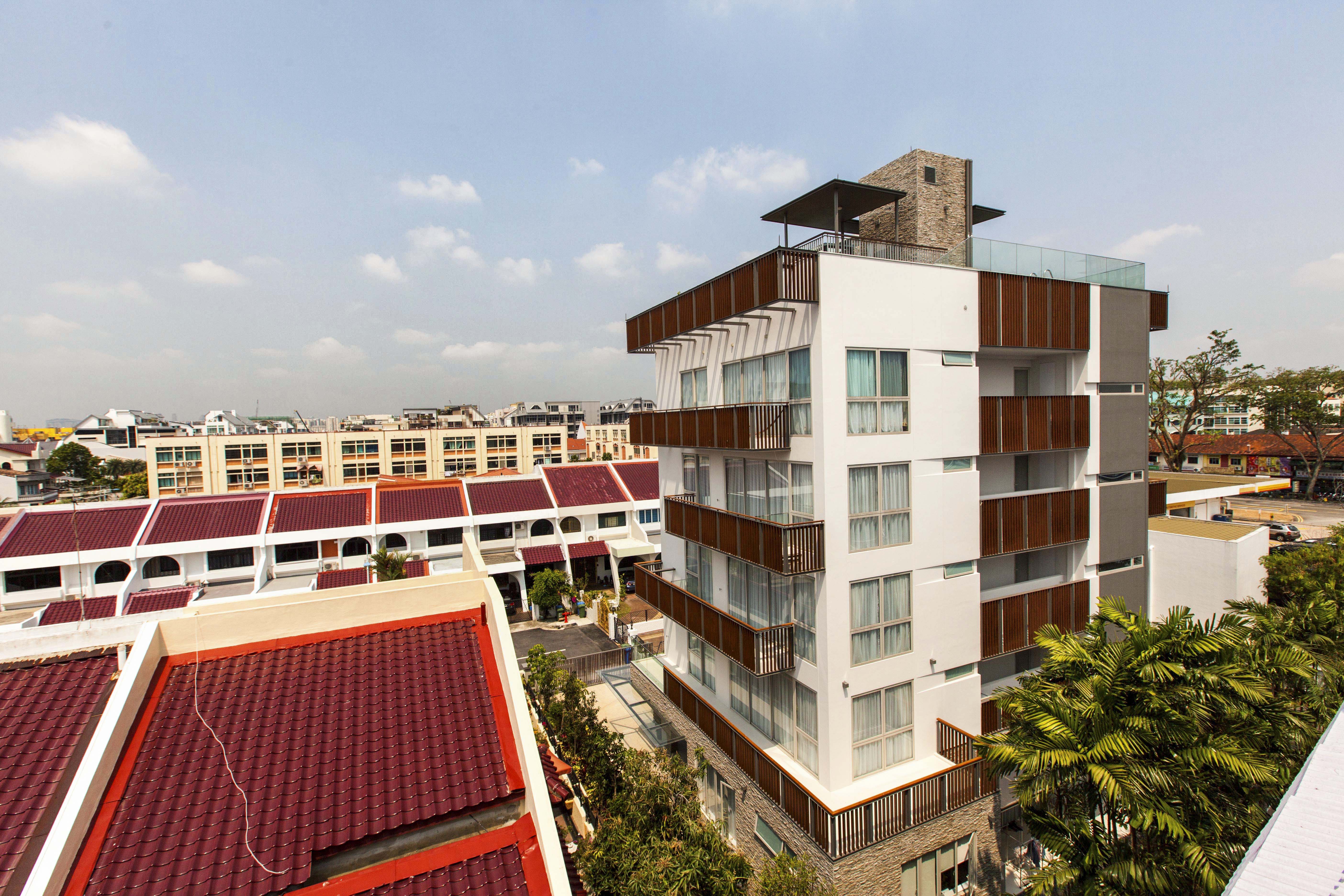 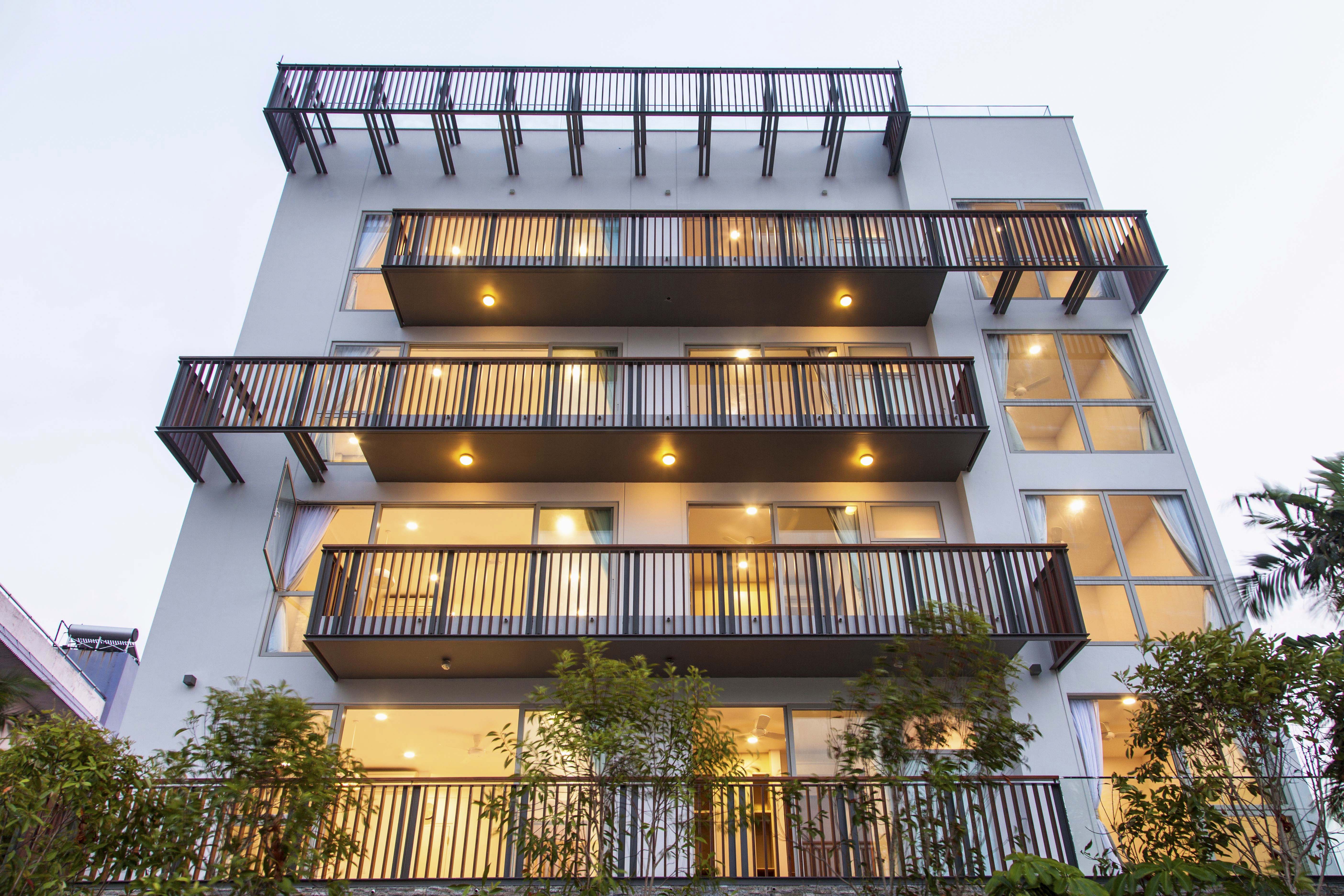 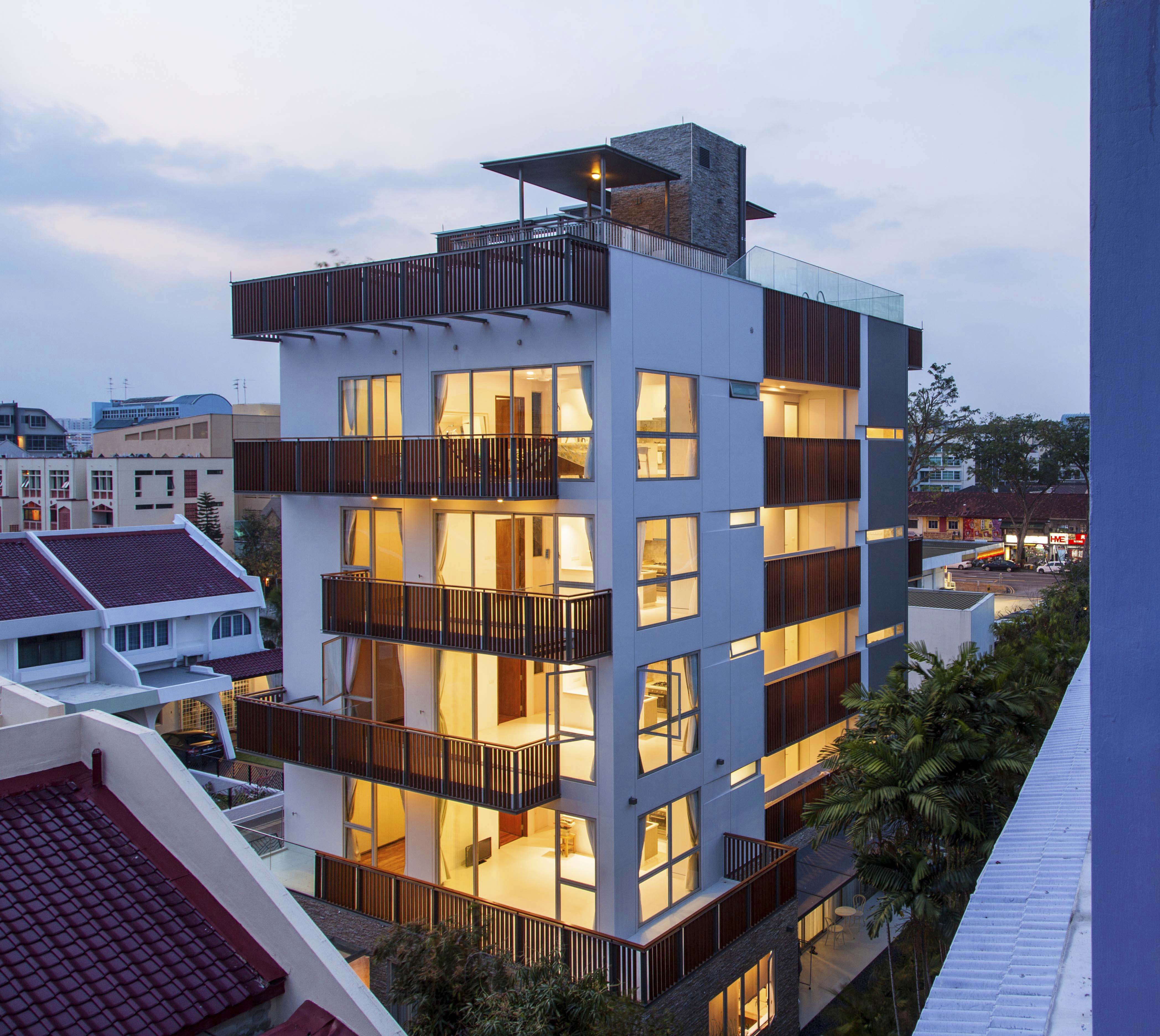 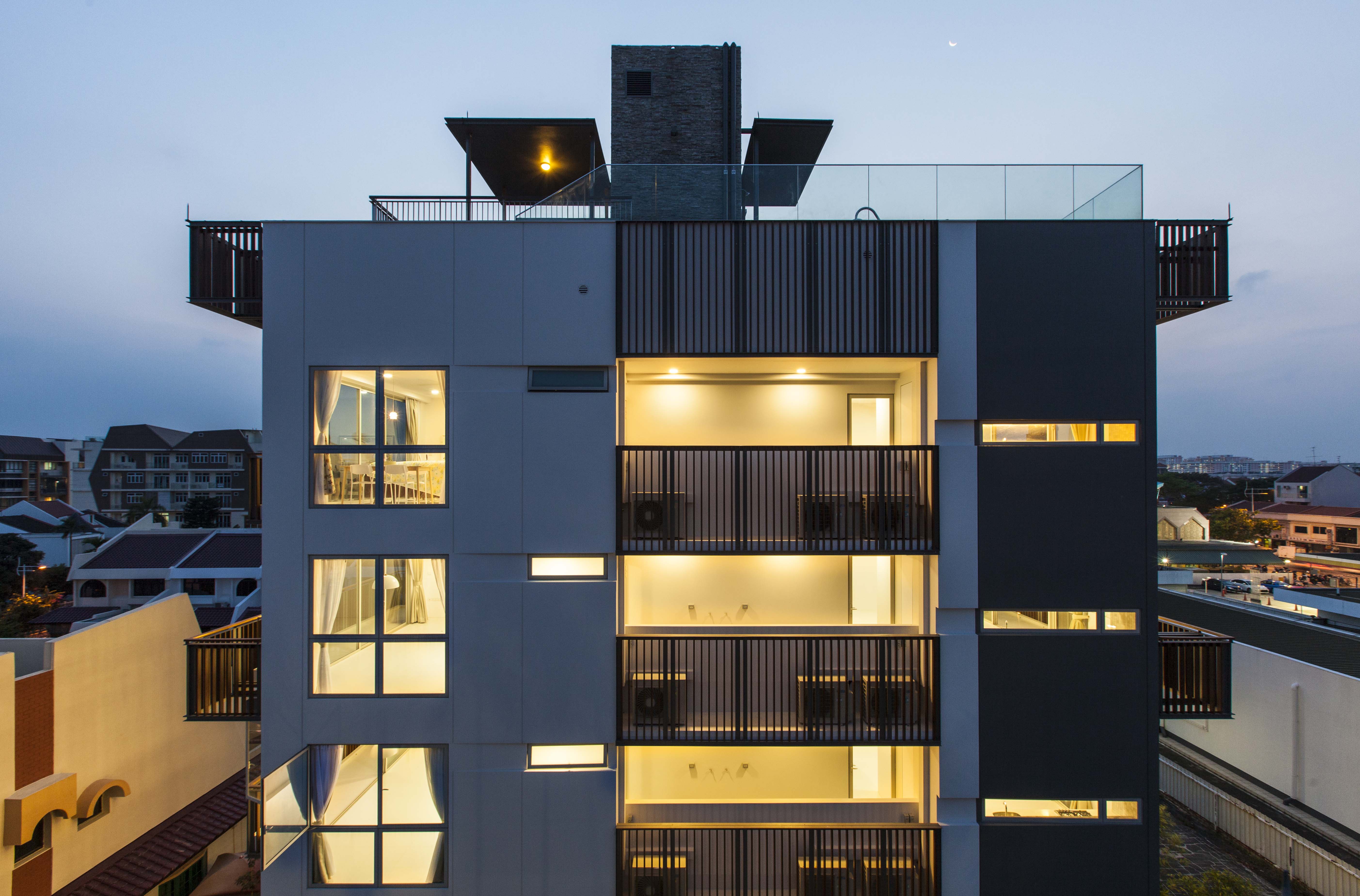 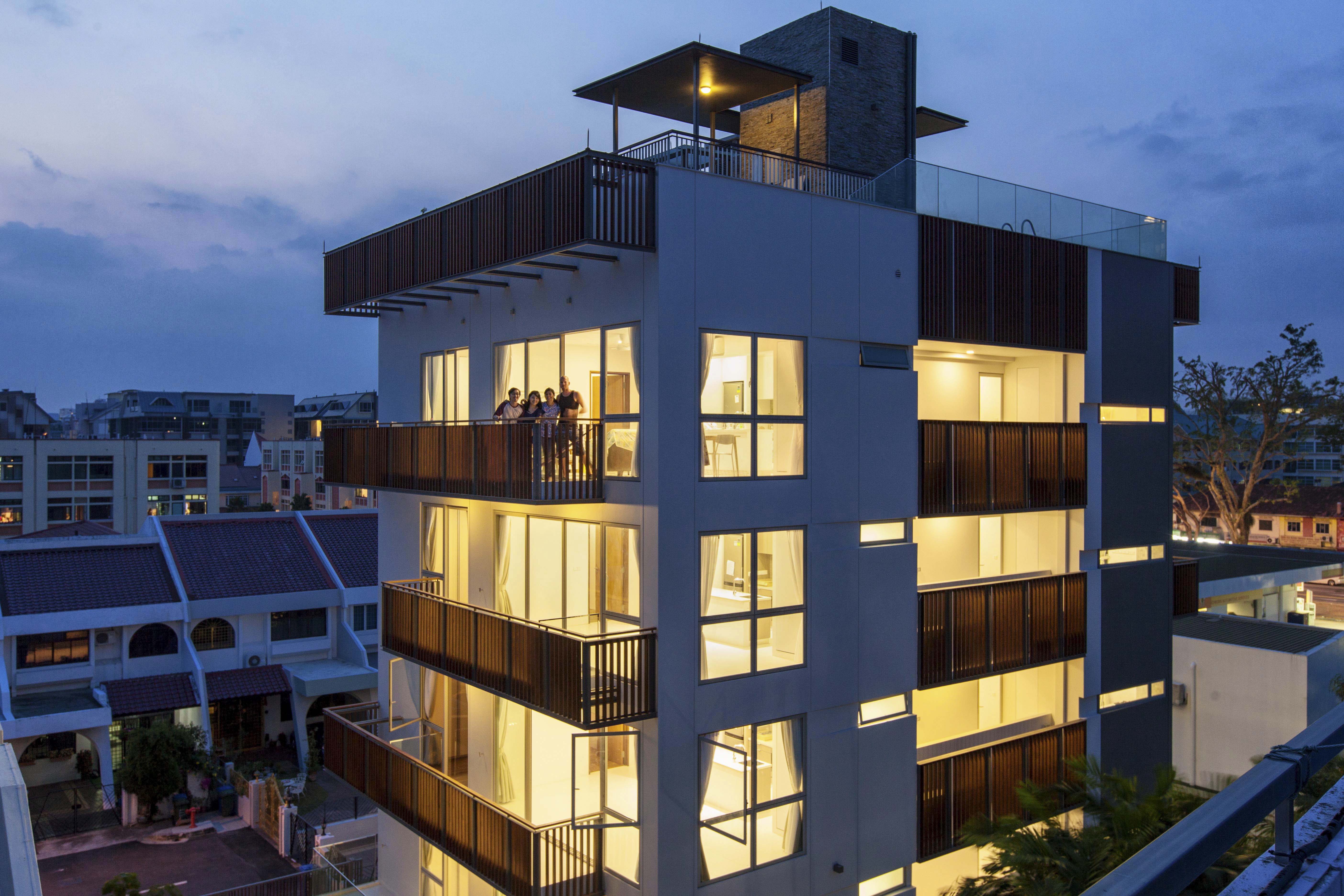 No. 105 Lorong G began with a heartfelt desire by the Client, who is one of the residents as well as the contractor, to create a multi-storey flat that would ultimately become home to family and elderly church friends. The lot size, a modest 580 sqm, was maximized to provide a generous floor plan that could accommodate two modest suites per level, one two-bedroom, and a one-bedroom. Both suites are joined by an exterior yard and a common lift lobby. The ground floor was reserved for the Client, with a layout that prioritizes views to the landscaped yard, including a generous open concept kitchen, dining and living area.

The façade began as an exploration of light and shadow building off the foliage of bamboo leaves, and was further developed into an open timber and steel screen, which allows for a range of shadows and light filtering. A dramatic 5 storey high timber screen, behind which is the naturally ventilated stair core, gives the front of the building its identity and character. At the roof top is a small pavilion and swimming pool that goes to the edge of the building, looking out over the rooftops of the surrounding Telok Kurau neighbourhood, including the minaret a modern mosque, and a traditional Chinese temple.